Barley is a grass, or cereal grain, that grows around the world in temperate climates. It was one of the first cultivated grains in Europe and Asia, dating as far back as 10,000 years ago. Barley is a staple in commercial animal feeds. It is also a primary component in many fermented beverages, such as beer and distilled spirits. For daily consumption, Barley is used as a base for soups, stews, breads, and hearty sausages.

There are several types of Barley, the most common being whole grain and pearled. Whole grain barley still has the outer hull of the grain intact and is beige in tone. This is an excellent source of dietary fiber. Pearled barley has been polished or pearled to remove the hull and some of the outer layer of bran. This results in a smoother grain with a milky appearance. Pearl barley is what you are most likely to find in food markets for daily consumption. It is still a good source of soluble dietary fiber.

Barley is a nutritionally dense grain. It is a better choice than similar grains, such as oats and wheat for cooking with. However, it lacks the gluten protein structure that is necessary for bread to rise properly. While it still contains gluten, it is better suited for slow cooked dishes. Here are some of the nutritional values for a 100 gram (1/2 cup) serving of barley:

Barley’s composition and nutritional makeup are beneficial for cardiovascular health. High in fiber and low in fat makes this grain ideal for assisting with keeping cholesterol down. It is also great for maintaining gastrointestinal regularity.

Growing up, thick and creamy barley mushroom soup was always on the winter menu, especially when the snow was falling. This pearl barley recipe warmed the belly and the soul. It also was quite filling and fed a lot of hungry skiers and sled riders. Barley was inexpensive and mushrooms added a meaty texture.

In adulthood, our palettes have become a little more sophisticated and adventurous. With a bountiful fall harvest of root vegetables, barley soup is now brimming with chunks of colorful veggies. It is no longer a beige dish. It is actually more of a vegetable and grain stew.

Another pearl barley recipe that has come back into fashion is black pudding, also known as blood sausage. An Americanized version is boudin sausage. Black pudding is a deeply colored sausage made with pig’s blood and grains. Boudin is more of a pork and liver sausage also made with grains, most notably rice. Both have a bit of a pleasant mineral flavor that is balanced by the grains. The textures are similar and each lends itself nicely to being sliced and fried.

There are 2 pearl barley recipes included here for pearl barley soup and sausage made with pearl barley. The soup is great with just a piece of crusty bread to dunk into it. The black pudding is nice just sliced and served on a charcuterie board with pickled vegetables and cheese. It is also delicious fried or grilled and served with scrambled eggs and a browned potato hash for breakfast.

Barley is a humble grain that is often overlooked as a main ingredient in many dishes. Pearled barley is affordable, nutritious, and filling when added to soup, stews, and puddings. When barley cooks it swells and becomes creamy and almost gelatinous. It is an amazing texture that can be used to add bulk and to thicken a variety of dishes.

Barley has a mildly nutty flavor. Its flavor is enriched by the other ingredients it is paired with. You can certainly serve cooked barley as a substantial side grain with a drizzle of olive oil and a spoonful of parmesan cheese on top of each portion. Hopefully, barley will become a staple in many kitchens again. 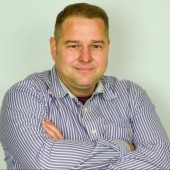